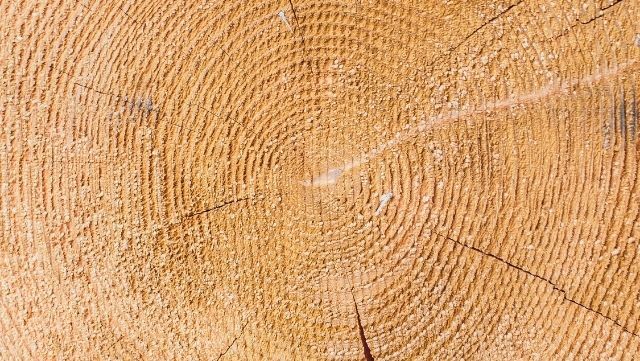 What Is Sapwood Used For, What Does Do, What Is Heartwood?

Sapwood is the physiologically active part of a wood, its other name passes as living wood. In-plant biology is defined as the young, vibrant, healthy, and active part of the wood. The task of the sapwood is to transport the xylem substance through the body of the plant. The sapwood becomes light-colored. Another task is to support and help the plant material to be stored.

The heartwood, on the contrary, is the wood that is not physiologically active, has lost its conductivity, and is dark in contrast to the sapwood. In other words, when the sapwood dies, it becomes the heartwood.

The section where the sapwood is located corresponds to the last rings in the tree and its color is lighter than the other rings.

The sapwood of all tree varieties decays rapidly, all of them are not durable.

Differences between sapwood and heartwood

Sapwood is alive, transmits water and other substances, while heartwood does not transmit these substances, it is not alive.

The sapwood is light in color, while the heartwood is dark.

The heartwood is the state of sapwood that has lost its vitality, the reason for the color difference is the accumulation of glue and resins over time, which causes darkening in the color over time.

Does the heartwood rot?

The heartwood does not rot, substances called tilose coat the veins of the heartwood and protect it against fungus and bacteria, that is, against rotting. What we call tylosis is the extension of the cell cytoplasm covering the lumen part of the wood's veins. Tilose also makes the wood smell like itself by releasing its unique odor.

What is the difference between heartwood and sapwood?

The ratio of sapwood is high in plant varieties such as maple and ash. There are also types of badger, fake acacia, in which the sapwood is very thin in these plants.

Finally, there are poplar, fir, and willow trees, where there is not much distinction between the sapwood and the heartwood section.

What is sapwood used for?

We can briefly summarize the functions of the sapwood as follows.

The sapwood, which is the only part where the active xylem substance is located, transmits water and other substances along the plant body, allowing it to reach the entire tree. The sapwood gives the tree hardness. It helps the storage function of spare items.

The easiest way to understand the quality of wood is to examine the sapwood and heartwood it contains. If the sapwood of the wood is excessive, it is considered poor quality, because it is still active and has the potential to rot. Sapwood is not suitable for processing.

In history, trees with little sapwood were cut and used to obtain wood as a construction material. Today the situation is different. As a result of innovations and developments in wood engineering, precise load calculations can now be made, and accordingly, the cross-sections of wooden elements are also reduced. In addition, the wood used in the construction sector is obtained from trees with a high rate of sapwood grown in afforestation facilities.